Sen. MacDonald invites Castiglia to State of the State address 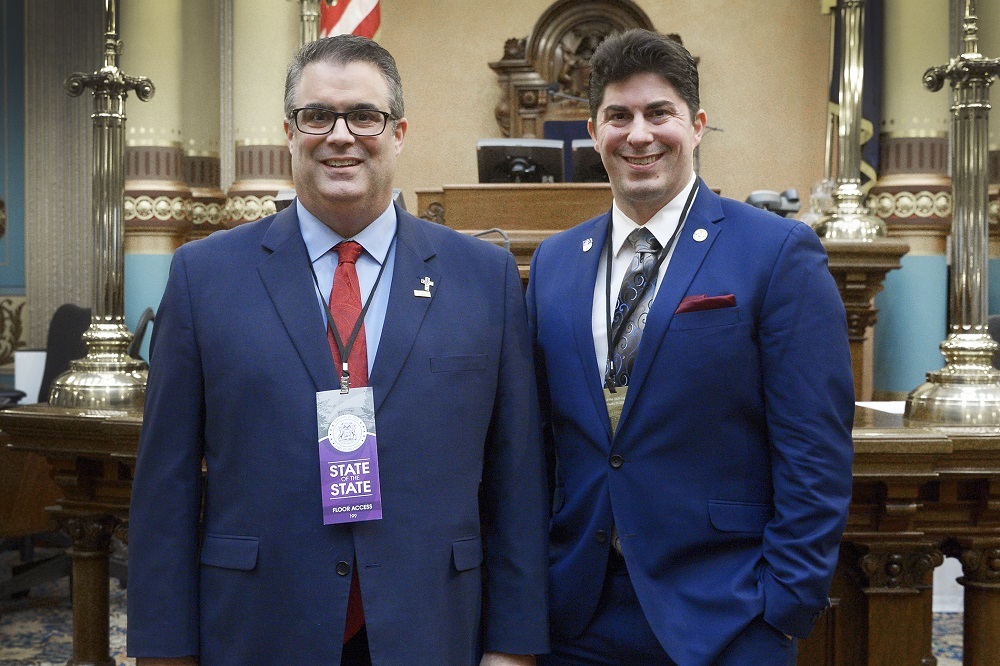 Eric Castiglia (left), the national account management director at the Center for Computer Resources, was a guest of Sen. Michael MacDonald, R – Macomb Township, at the State of the State address on Jan. 29. | Senate GOP

According to MiSenateGOP, Castiglia serves as the national account management director at the Center for Computer Resources. In addition to that role, he also is the secretary of the Sterling Heights Zoning Board of Appeals, as well as chairman of the city's Citizens Advisory Committee.

MacDonald is Michigan's 10th Senate District state senator. MacDonald's district covers the city of Sterling Heights, Macomb Township and the majority of Clinton Township. He was elected in November 2018 and services on the Appropriations Committee, the Oversight Committee and the Health Policy and Human Services Committee. He also serves as vice chair on the Licensing and Regulatory Affairs subcommittee.

In Whitmer's address, she discussed issues of education, road conditions, health care and prescription costs. Among the topics that were met with disagreement from conservatives was Whitmer's plan to borrow $3.5 billion to improve roads.

Want to get notified whenever we write about Michigan State Senate ?

Sign-up Next time we write about Michigan State Senate, we'll email you a link to the story. You may edit your settings or unsubscribe at any time.